A giant advent calendar is coming to the heart of London’s West End thanks to a partnership between Westminster City Council and Samsung.

The calendar will be displayed on an LED screen, believed to be the biggest in Europe, at Marble Arch linking the retail district of Oxford Street with Winter Wonderland in Hyde Park.

The aim is to add to the existing festive illuminations across the city and extend the Christmas cheer of the West End even wider.

The screen will display a festive countdown to Christmas. 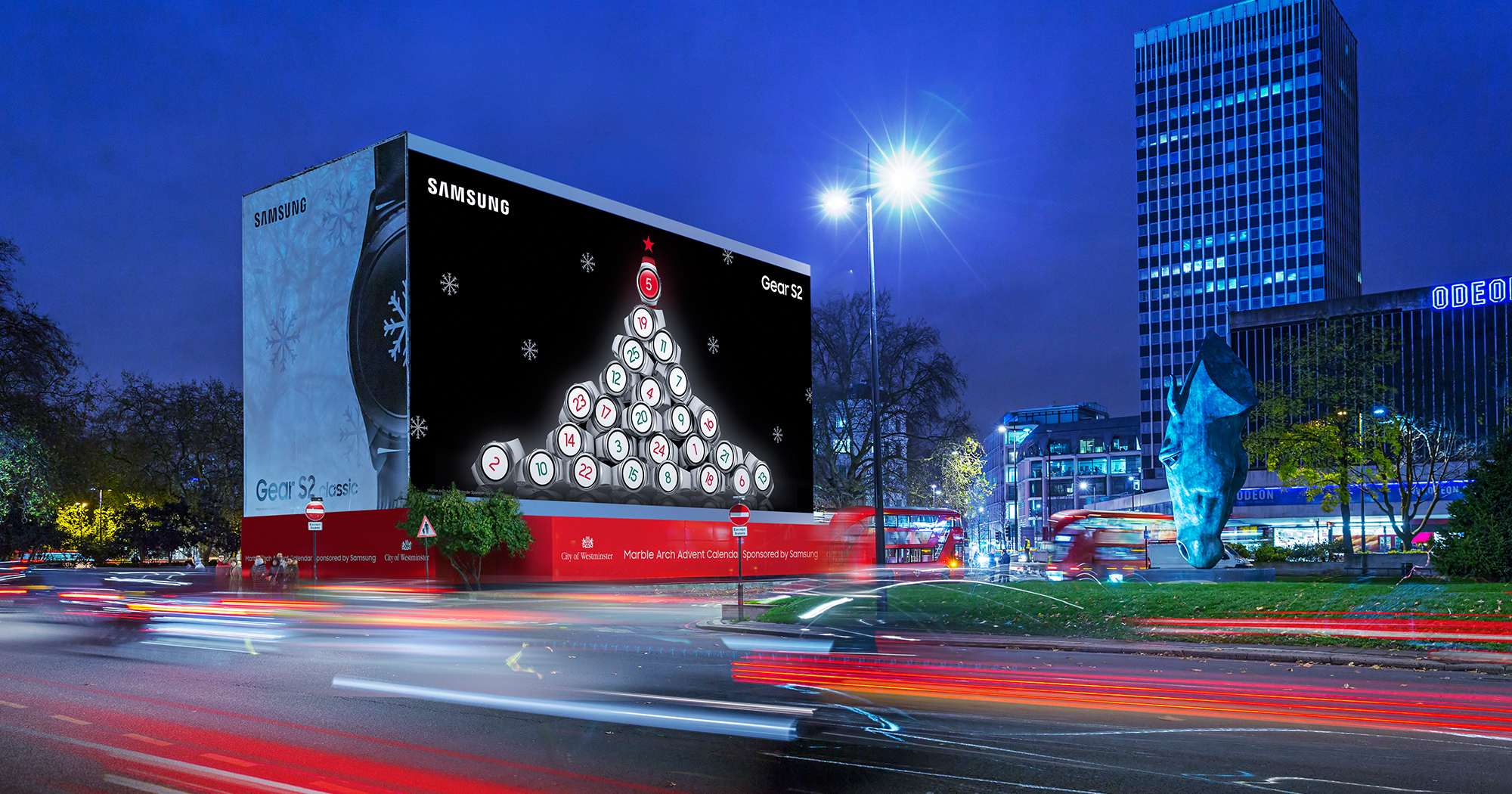 Cllr Robert Davis, deputy leader of Westminster City Council, said: “Westminster loves Christmas – and the millions of people that come to the city do as well.

“We have fairs in Leicester Square, lights on Oxford Street and our world-famous Norwegian Spruce in Trafalgar Square – so we wanted to extend the festive cheer even further by hosting an advent calendar at Marble Arch.

It is an exciting project and we hope residents, businesses and visitors enjoy the display.

Chong Won Lim, Head of Product Marketing, IT and Mobile Samsung Electronics UK said “We’re delighted to be working with Westminster City Council to create a media first and celebrate the spirit of Christmas in a way that people will enjoy.”

Wildstone, the outdoor advertising consultants behind the design and build of the project are appointed by Westminster City Council. Previous festive schemes they have developed include the Eros Snow Globe and Piccadilly Presents.

Damian Cox, CEO of Wildstone said “This has been an extremely exciting project to develop from its inception and a huge first for London. It has been wonderful working with Westminster City Council, Cheil Media and Samsung to create an unforgettable festive landmark in the West End.”

The advent calendar will run from December 1 until January 1 2016 and will display a New Year countdown following the Christmas Countdown.